Error: Twitter did not respond. Please wait a few minutes and refresh this page.

Rory Nolan arrived after almost 41 weeks in a swift delivery which was nothing short of dramatic. I was elated to have gone into labor on my own rather than being induced like I was with my other guys. Don’t get me wrong, I would have a baby any which way if it meant he would be healthy. But this time I got to experience labor without the help of induction and it was exciting–still painful–but hey, that’s what epidurals are for.

He’s a delight. And we are smitten!

And even though I haven’t touched this blog in a while, I had to make sure to announce our excitement and happiness here, even if I’m a little late doing so.

A family of boys.

You are someone I do not know, yet you remind me of your presence with every flutter, kick, and twist. I do not know you, yet I have shared my entire self with you, from blood to tears to heartbeats. I have helped grow yours. You remind me with your consistent ways that you are still a stranger. No more familiar to me than the elderly man who parks his grocery cart too closely to my car, no more familiar to me than the woman who gasps at the size of you pushing my stomach out. And yet I love you. Your brothers do. And, of course, your father. The days go by and we all say it flies. But that is because we do not know what to make of a stranger who lies deep within, fluttering, kicking, and twisting.

Yesterday I was feeling like a bad parent for not making an effort to take the boys to go see the marathon. I honestly did not plan for it because I thought they would either be bored after a mere few minutes of seeing runners pass by, would want to run themselves, or they would get lost in the shuffle with the many, many people who go out and rally for the athletes tearing down the streets in their running gear.

This feeling of being a bad parent came as Patriots’ Day approached and then later, as I saw numerous updates on Facebook about people I knew who were running that day. Then came the pictures of parents, mostly new ones, with infants strapped to their chests as they stood next to mile markers.

I decided not to care that much about missing out, but to instead focus on the large trucks outside our windows, cutting tree branches and providing some silence from the boys who watched in amazement as hard hat workers removed logs and logs and piled them into a massive dump truck.

We spent hours at a nearby farm outside, playing at the playground, feeding animals, breaking for snack, digging in their sandpit. The fresh air exhausted all of us, so after lunch they crashed and, who am I kidding, so did I. Upon waking up and realizing that the boys were still asleep, I checked my phone–Facebook first–which seems to, sadly, be the automatic way, and I then started wondering what I missed during my slumber.

A reference to how one felt during 9/11. People saying they were safe. People who do not live far from me saying that they were okay. And then I figured it out. I learned brief details before my older son awoke and I had to carry on until I could steal some more time to understand.

Except I still don’t. The only thing I do get is that we were lucky. Lucky to have chosen other plans for yesterday. Lucky to have missed out on something I was originally sad to not have incorporated into our plans. And as the boys watched a cartoon, oblivious to what the world was watching both in real time, in person, and on the news, I looked at my five-month pregnant belly and wondered how I was going to continue to keep my two boys, and now a new baby safe, and remain lucky again and again. Where do we turn to avoid catastrophe and terror? I can tell you it’s not at school or even at an event like a marathon. It’s not necessarily on a walk, in a backyard, or at work.

Where are we truly safe?

I have been an independent stylist with Stella & Dot for almost a year and it’s been a great way to switch up my life as mom and to escape from my 9-5 job. It’s hard to not like working with this company when they create so many adorable accessories! They make it all look so easy! Their latest brain chid? Bags! Did you check out the video and like what you see? Shop the summer collection starting April 8th at noon EDT with this link and be entered to win a free Stella & Dot gift from me! Happy Shopping!
http://www.stelladot.com/ts/i2wo5

I can never figure out what color nail polish to choose when I go for a mani. I know, I got problems, eh? I think it’s my truly OCD personality, but I can easily find many hues that are lovely, it’s just that I hem and haw about how they are going to appear on me, side-by-side with the fairest of fair skin tones. I am easily annoyed at myself when I gravitate towards the sheer pinks. I figure, what’s the point? I feel like the dark shades would make me look vampy and call out the aging skin issue. I know, I have more time to worry about that, but hey, it’s how I think.

Yesterday, I settled on a nice color that makes me think spring, hot weather, tulips! It made me think: is this a toe nail polish? But as I usually do when I can’t decide and have the manicurist peering over my shoulder, causing me to panic that I am taking forever…I go for it.

Meet Charged Up Cherry. It’s definitely brighter than what it looks like here. 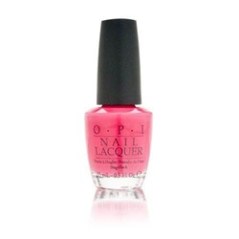 What kind of polish are you in love with for spring? 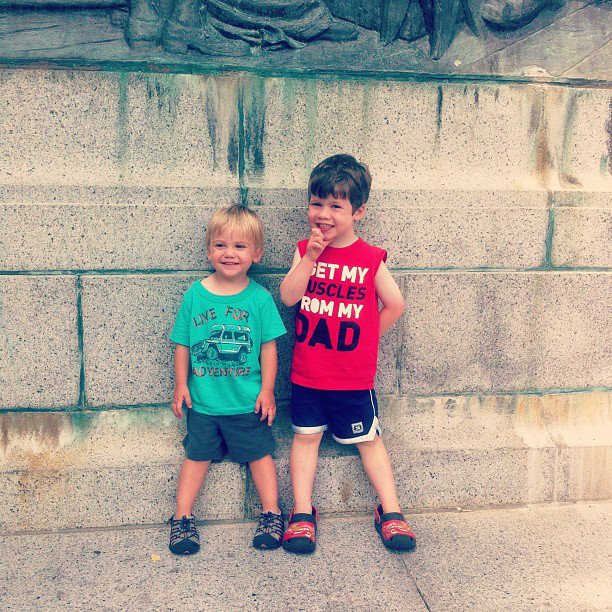 Ah, my boys. This was taken one year ago during vacation when work was a distant thought and just breathing in the summer was all we had to be concerned about.

I can hardly believe my boys are well, boys. My first baby is going to turn five, FIVE, this summer. He is a little person. No, he is really a man with strong opinions about his wardrobe, what he likes and what he will not do. He is the definition of independence, not just acting proud when he accomplishes something, but is happy to be helpful to little bro.

My youngest is turning THREE this summer. We say goodbye to his baby daycare and hello to big boy preschool. He is quick to catch up to his big bro and loves watching him, playing with him, and receiving praise from him for being his own independent soul.

My heart is full, and will only get bigger, as we add another baby to this itsy bitsy story. Coming this August! :)

I took the plunge and decided to partner with Stella & Dot. I’m excited. I’m nervous. I have no idea what the heck will come of it. I think I kind of like that part. Some of you know that I’ve always wanted to “do my own thing”. While that came out of my mouth on one side, the other side said things like “I want to work LESS and be with my boys MORE”…so…how is this working less, exactly. Well, it was too hard to not try–and what I’ve learned so far in this [crazy] life is timing is what you make of it–and here I am in the thick of craziness, so heck, why not take on one more thing! But if it works out…well…one never knows. This could be a game-changer.

I haven’t decided how much of a commitment I’m going to makey here of this. But I do know that I’m empowered by being my own boss already. By loving what I’m promoting (and wearing and also having a hard time refraining from buying!) and knowing that a woman, for a change, is leading the charge here (by that I mean the founder of the company), I feel refreshed already. Empowered. Sometimes I wonder how cheesy it sounds. But then I remember that I’m not living my life for anyone else so that they can judge me.

Thanks for your support!